A Brief History of the Rolex Sea-Dweller

Taking a look at the history of the Sea-Dweller, including some of its rare early references, and examining just how much watch you get for your money.

The Rolex Sea-Dweller is a watch that, on the surface, looks exactly like it’s older brother, the Submariner. They share the same aesthetic, with two notable exceptions: the lack of cyclops date magnifier on the crystal, and the slightly thicker case to allow for the helium escape valve at approximately the 9 o’clock case position. But for this helium escape valve, the watch is able to withstand significantly more depth than the Submariner, thus making it the more capable tool watch. Today, we’re going to take a look at the history of the Sea-Dweller, including some of its rare early references, and examine just how much watch you get for your money. 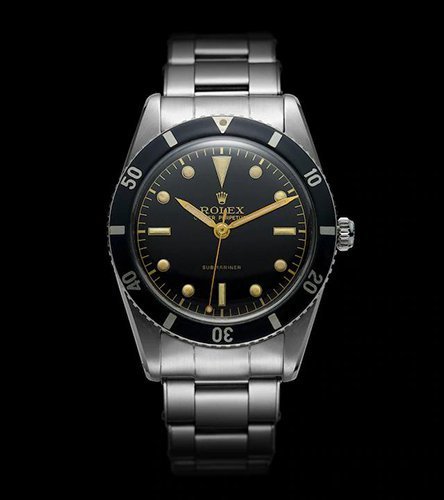 In 1954, the original Rolex Submariner was released to the market. It was designed primarily to ensure compliance with the ISO 6425 standard for dive watches. This includes the need for a rotating dive time bezel (or digital dive time display); an indication that the watch is running that is visible in the dark (i.e., a lumed seconds hand); resistance to magnetism, shock, and chemicals; and a minimum 100 meters of water resistance. The original Submariner, the reference 6538, was a tool watch first and foremost. Then SeaLab came into the picture. SeaLab was a series of underwater tests commissioned by the United States Navy to explore the usefulness of saturation diving and its effects on those living in this isolation for lengthy periods of time. SeaLab expeditions required more strength and durability, since wearers would undergo conditions harsher than the Submariner could handle. 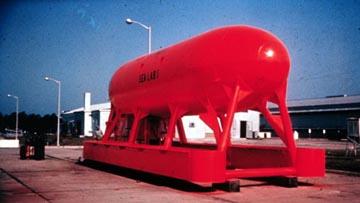 SEALAB 1 was a vessel, sans windows, that was built with the intention of housing four aquanauts (the scientist kind, not the Patek kind) for three weeks. In reality, the trip lasted 11 days before evacuation. The aquanauts needed to perform tests with ultrasonic beacons and other tech that could only be tested in the saturation diving environment. In saturation diving, the divers live in a pressurized environment so that their bodies adjust to the higher pressures found at the depths they will be diving at, and so that they can decompress slowly when they make their return to the surface. During their decompression, the crystals of the aquanaut’s Submariners were literally popping off the watches and hitting the ceiling of the chamber. They subsequently realized the Submariner was not equipped for that level of decompression, after which they approached Rolex with a request: a watch that functioned like a Submariner, but could tolerate the pressures they would be dealing with during their expeditions. Thus, the Sea-Dweller was born.

The Single and Double-Red Sea-Dweller 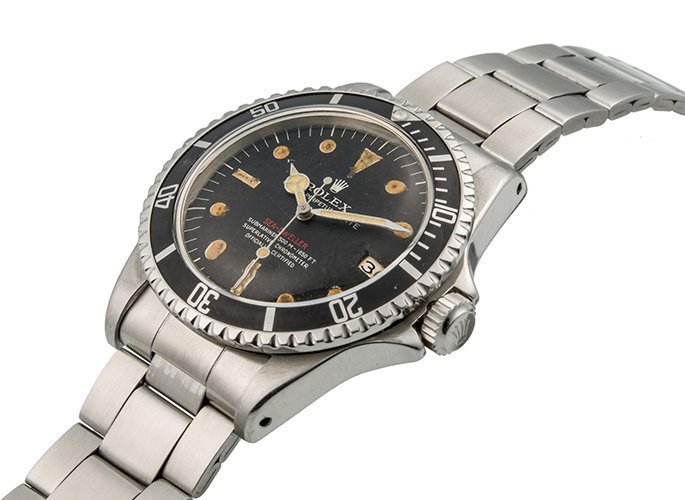 In 1967, Rolex started developing the first Sea-Dweller prototypes, which featured not only a date window, but the helium escape valve that has since become ubiquitous with the model (though not every prototype featured this). The real prize in design is the single line of red text on the dial that reads “Sea-Dweller,” a nickname given to the watch because of its necessity to “live” underwater with Comex and SEALAB aquanauts. The first production run of the Sea-Dweller also adopted a second line of red text, reading “Submariner 2000,” underneath the Sea-Dweller name. 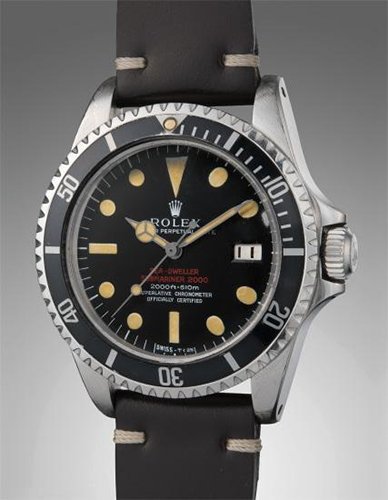 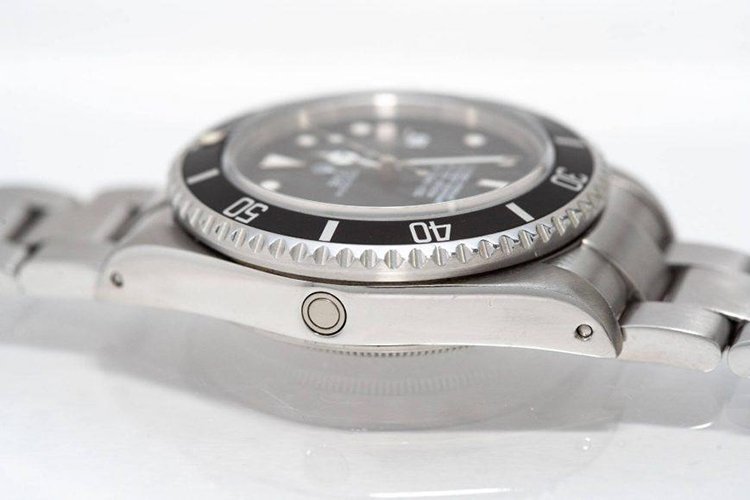 The 16660 is very much a modern Sea-Dweller in terms of design, featuring all of the hallmarks of modern Sea-Dwellers. The reference’s long life span means, of course, that it did see some upgrades, from painted lume to applied white gold surrounds for the lume plots to bracelets with solid end links, the later versions of the watch are almost wholly indistinguishable from the reference to follow, the 16600, which would run from 1989 to 2009. That reference’s main upgrades came in the form of the lume material (from tritium to Luminova to SuperLuminova) and the movement, which was upgraded from the 3035 to the 3135. The 16600 was also the longest running Sea-Dweller reference, carrying on for 20 years straight with no real aesthetic changes to speak of.

The Age of Ceramic 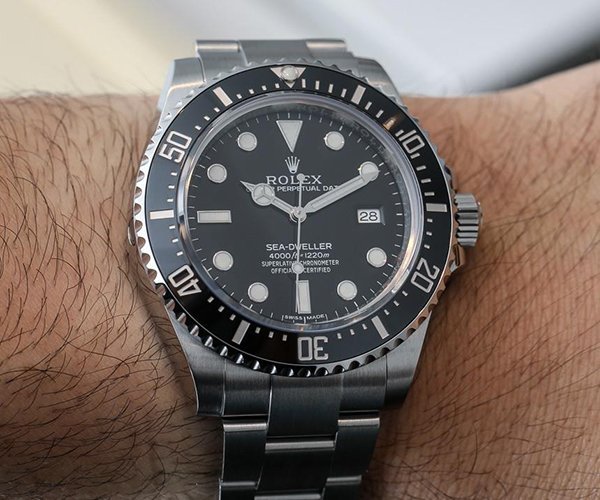 Entering the 2010s, the Sea-Dweller received its most notable aesthetic upgrade in decades: the Cerachrom bezel. This first came in the form of the Deep Sea Sea-Dweller, and then later, in 2014 with the return of the 40mm version (reference 116600). Cerachrom bezel in tow, this was the ultimate modern Sea-Dweller in every way, even featuring some of the hallmarks of watches like the Milsub with the fully graduated bezel markings. It seemed very much like this would be the version to hang around for a while, but then something happened in 2017, on the Rolex Sea-Dweller’s 50th anniversary. 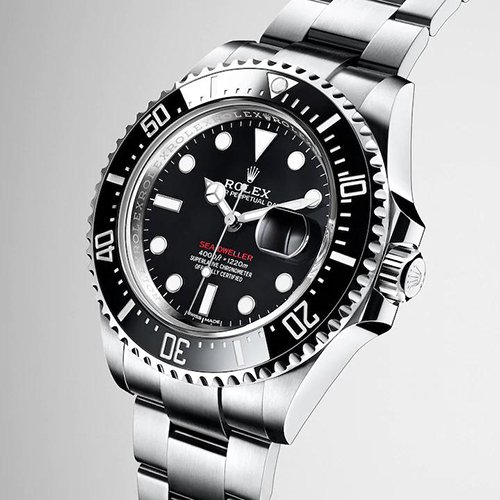 Meet the reference 126600, the latest modern Sea-Dweller. Despite its new 43mm diameter (replacing the classic 40), much of the design of the 40mm remains, but with two notable additions. The first is the return of the single line of red text on the dial, a callback to the prototypes of the 1960s that have started going for an easy million dollars at auction. The second is more controversial, and it’s the addition of a cyclops date magnifier at 3 o’clock, a feature the Sea-Dweller has lacked throughout its history until this reference. Why Rolex chose to add this is a mystery, but what isn’t a mystery is that now the Sea-Dweller finally feels like its own watch, a watch separate from its older brother in both size and function, as well as design. Arguably, the cyclops does make it feel more like a Submariner or GMT, but the pop of red on the dial, fully graduated bezel, and obviously larger case diameter help to cement its independence.

Conclusion
The Rolex Sea-Dweller is a beast. While not necessarily the cultural darling that the Submariner has become over the decades, the watch is still loved by collectors and enthusiasts, and respected as a serious tool by the divers who have used them. And now that it’s finally starting to acquire its own identity (in part by harkening back to its origins) beyond being the more capable Submariner, it’s easy to see a brighter future for the Sea-Dweller.