His newest acquisition, one of twenty five Patek Philippe 5905P’s made in his signature green, is the talk of the town.

UFC champion Conor McGregor is one of the sports world’s most notorious figures. His payday for his bout with Heavyweight Champion of the World Floyd Mayweather Jr., was estimated to have netted him about $100 million and he has since famously flaunted his success by indulging in almost everything luxury, watches included.

His newest acquisition, one of twenty five Patek Philippe 5905P’s made in his signature green, is the talk of the town. 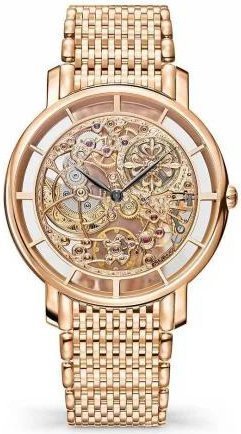 McGregor’s collection is impressive, no doubt, featuring an array of Rolex Day-Dates, Patek Philippe Nautiluses and plenty more. And it isn’t just the obvious references, either — McGregor owns, for example, a Patek Philippe Ref 5180R, a rose gold skeleton on a mesh bracelet. But the most common theme among his watches? The color green. 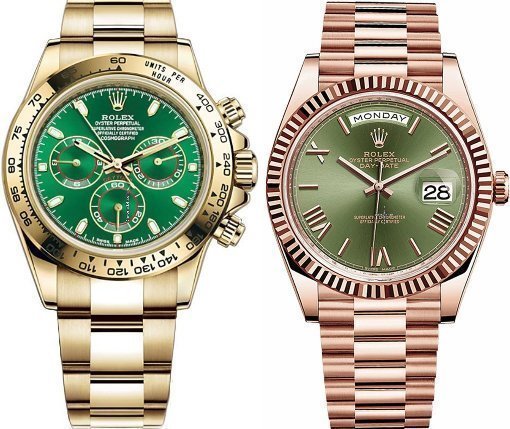 His penchant for green has helped make McGregor’s Irish roots a significant part of his image. So, from Daytona to Day Date, he does his best to top his pieces with green dials. However, it’s his newest green watch that’s been getting much of the attention lately. It’s a complicated Patek, and one that is incredibly rare. 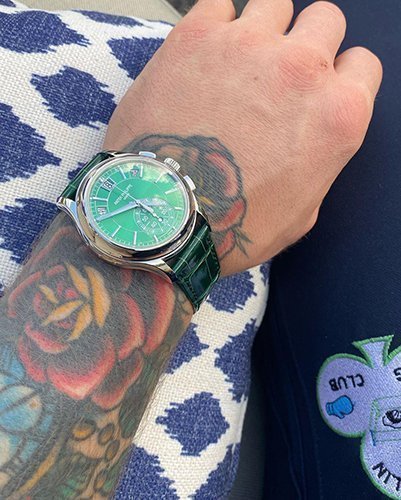 McGregor’s new Patek is a reference 5905P, a platinum annual calendar chronograph that has been in the Patek collection since 2015. Traditionally, the watch comes in blue and black, but here we can clearly see green, with a matching green alligator strap no less. Upon first look, one would think this piece a one-off, made for McGregor. McGregor’s Instagram post tells a more interesting story… 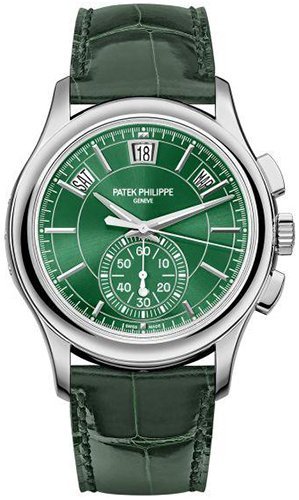 This execution of the 5905P was designed by Patek Philippe for Irish authorized dealer Weir and Sons to represent their long-standing relationship and celebrate a year of good sales (which McGregor jokingly (I think) takes much of the credit for). As he notes, the watches were limited to just 25 pieces, of which he claimed number 12, and the pricing is thus far a bit of a mystery. However, if it’s around the pricing of the standard 5905P at retail, then odds are it fell just under the $80,000 mark.

A 42mm platinum case, the watch is fundamentally unchanged from the standard 5905P as far as design and complication are concerned. It features a flyback chronograph, along with an annual calendar complication which only needs to be set once a year, at the jump between February and March. The obvious difference in execution is the dial’s emerald green color, which McGregor notes the brand will never do again, in part due to the difficulty in ensuring the color’s uniformity throughout the dial.

Since “rarity” is used very loosely and so often conflated with desirability in the watch space, we’re careful to use the term. Take a “Limited” edition release like Omega’s Seamaster 300 SPECTRE, made for the James Bond film by the same name. With 7,007 pieces released, it technically was limited insofar as the number of them was predetermined and finite. But taking a step back, that’s still over 7,000 examples of the watch that are out there, and while that might be lower than the market’s demand, it’s still a substantial release.

True rarity can play a significant role in desirability, but it’s far from the only variable. In my experience, allure is driven more by beauty, distinctiveness and meaning, collectively. McGregor’s new Patek is a prime example. It’s not just a numbered piece, it’s unmistakable. It represents his heritage and a serious relationship with Weir & Sons. It’s a color scheme that Patek never done before and will never do again. And yes, it’s also limited to a small group of 25. So is McGregor’s new annual calendar chronograph rare? Yes, but it’s much more than that. It’s an interesting and significant piece that happens to be perfect for him – it’s bombastic, Irish, complicated and rich; it brought a smile to my face and I look forward to the next interesting and meaningful release like it.