In partnership with Grand Seiko

To lead the celebration of the brand’s 60th Anniversary, Grand Seiko released a series of new watches spanning the brand’s existing ranges and technologies. This reference, the SBGH281, nicknamed the “Superman,” is perhaps their most striking in its simplicity and attention to detail.

Grand Seiko is synonymous with master craftsmen. Their attention to detail, innovation, and unparalleled accuracy have ranked them among the best of the best in the watch world. Like all great things, Grand Seiko started as an idea, a kind of moonshot for Japanese watchmaking. In the 1950’s, a small team of watchmakers set their sights on creating a watch with the highest possible levels of precision, legibility, durability and ease of use. This watch, they hoped, would be one that would properly represent the capabilities of Japan’s craftsmen.

In December 1960, their first creation, the “Grand Seiko,” was born. It was a masterpiece of epic proportions, a clean and simple dress watch with a purist’s aesthetic. It was the first step on what would become a 60-year journey towards the summit of watchmaking art.

This year, Grand Seiko is honoring that journey, this 60-year milestone, with a number of new releases spanning from reissues and reimaginings to outright new watches altogether. This watch, the SBGH281, is one of the new watches that are part of that celebration. 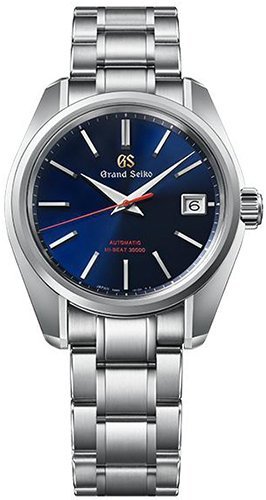 Its components unite some of the greatest innovations in Grand Seiko’s history. Its case is crafted from stainless steel in the style of their iconic 44GS case, which was introduced by the brand in 1967 as the first true expression of their Japanese style. The case is Zaratsu finished, each facet perfectly polished or brushed with expert precision and care. 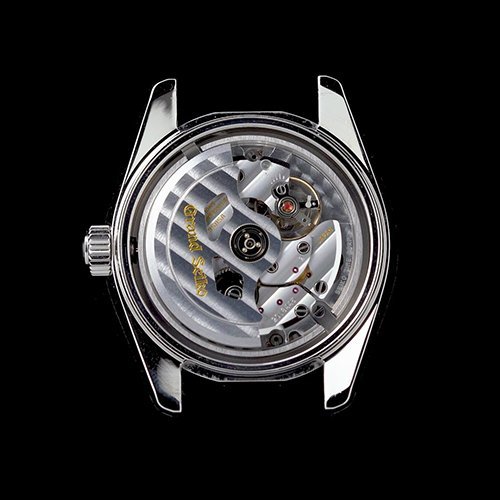 Powering the watch is the 9S85 caliber, one of the many impressive achievements of the brand over their lifetime. It’s an in-house high beat automatic movement, accurate to +5 and -3 seconds per day, ticking away at 36,000 vph, or 10 beats per second. The second hand sweeps with an impossible smoothness, no noticeable stuttering or ticking to be found. 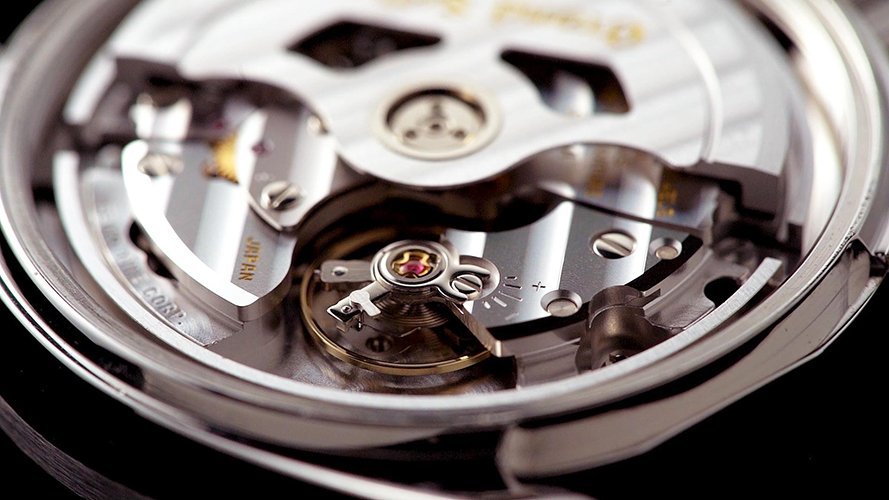 In order to keep a balance wheel oscillating so rapidly, the mainspring needs to provide significant power, especially if the brand wants the movement to have any significant power reserve (and in the case of the 9S85, that’s a 55 hour power reserve). Grand Seiko made this possible through technology. The mainspring in this movement is constructed from a new metal alloy, Spron 530, while the hairspring is constructed of Spron 610. Each of these new alloys provides the parts with the necessary lightness to accomplish the technical feat of delivering more power than its predecessor, and a power reserve of five additional hours, all while maintaining the same degree of resistance to corrosion and magnetism. 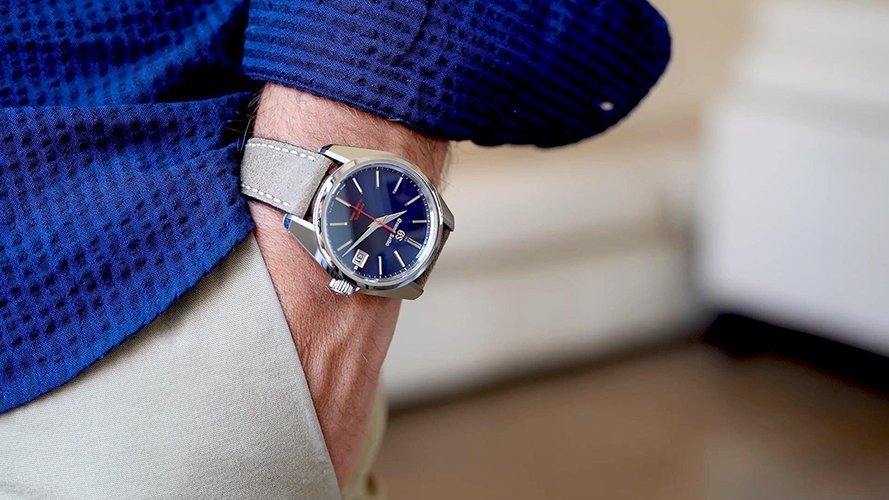 The 44GS-inspired case, like the movement it houses, is perfect in its design, build and finishing. It is also completely original. The design of the case, a kind of immaculate and polygonal shape that is full of angles and sharp turns, is a real standout among Grand Seiko’s current lineup. The 44Gs is a historical design, yet it feels new here, and sits on the wrist in a way, at 40mm instead of the more classic 37mm, that is unparalleled.

The dial is a brilliant blue, rich and deep, and the dial accents are significant. The treatment of the hands and markers is typical Grand Seiko, polished and beveled like the miniature samurai swords they very well could be. Grand Seiko’s symbol sits, in gold, proud at 12 o’clock while the second hand is executed in a vivid red, together meant to symbolize a sunrise. That sunrise is the future of the brand, a new day rising.

In coupling cutting edge technology with their classic design principles, Grand Seiko has managed to stay true to their core mission and impress the world in doing so. It was a pleasure to have the SBGH281 in for review and I look forward to seeing them on the wrists of fans and friends.