Cartier’s Baignoire is a masterpiece at the wayside.

I’m proud to have partnered with H. Vu (@13byVu) in the research and development of this article. Sharing our passion for Cartier with you is a pleasure that we’ll be indulging in on a more regular basis.

Cartier’s Baignoire is a masterpiece at the wayside, though not as bizarre as the Crash or as popular as the Tank Louis. In an effort to give this overlooked creation the attention it deserves, let’s visit its inception, explore its history and enjoy its brilliance.

When we refer to the Baignoire, we’re referring to the collection of watches that launched in 1957 under that name as well as its origin, an unnamed design from 1912. In that year, Louis Cartier conceived a small and unusual wristwatch with a smooth oval case (like the modern example pictured above) and gifted it to a top client, the Russian Grand Duchess Pavlovna. By reimagining the conventional round design vertically stretched, he built the foundation for the collection that would later be known as the Baignoire.

While Baignoire cases have come in a multitude of metals, sizes and proportions, the basis for the design, a smooth oval, has carried through.

A Long and Winding Journey
With the stout and conservative oval as the “mother” design, Cartier began the model’s second chapter with what would later become one of the most popular iterations, the Baignoire Allongée. The name that we’ve come to know, Baignoire, which translates from French to bathtub, was inspired by the cases likeness. 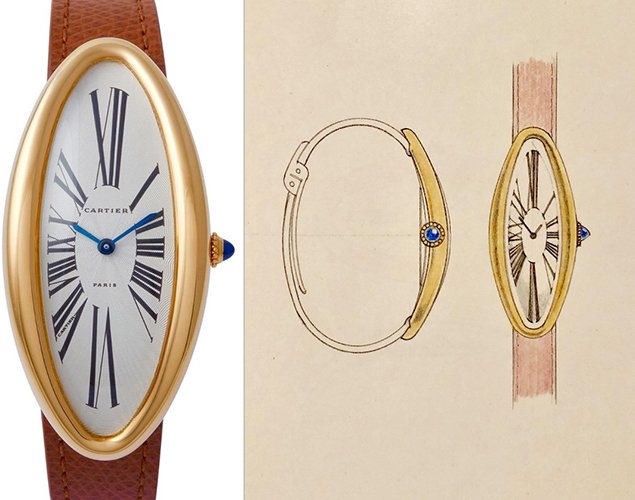 Simply, The Allongée is a larger (up to 47mm), more dramatically elongated Baignoire. Released in 1957 and manufactured for only a short time and limited in production, it’s a perfect representation of the manufacturer’s ability to adapt its models to movements in style.

‘La Maison’ restarted production of the Baignoire Allongée in the 1990’s in much larger quantities and variations, as seen above.

While some find the tale suspect, it’s rumoured that Cartier’s iconic Crash was originally shaped from a mangled Baignoire Allongée that had (barely) survived a car crash. It’s said that the designers then used the deformed case to develop what is known as the Crash, today.

Despite the original story sounding more like fable than fact, it’s clear that the Allongée served as a canvas for the Crash, Cartier’s asymmetrical, surrealist masterpiece.

In contrast with the Baignoire Allongée, the Maxi Oval offers a much wider and taller (52-53mm) presence of the watch on the wrist. These were produced by the Cartier London workshops during the 1960s in an incredibly limited number. The example above dates back to 1968 and was born from the Cartier London branch. Its stunning Roman numerals are configured in “exploding” style and its dial is cream, rather than white.

While the Maxi Oval originally sold for 375 (British) pounds through their London Bond Street boutique, the example shown in the photo above fetched a whopping 65,062 pounds in June of 2019 through Bonhams Auction House.

Next, the asymmetrical model, The Baignoire Oblique (Asymetrique). 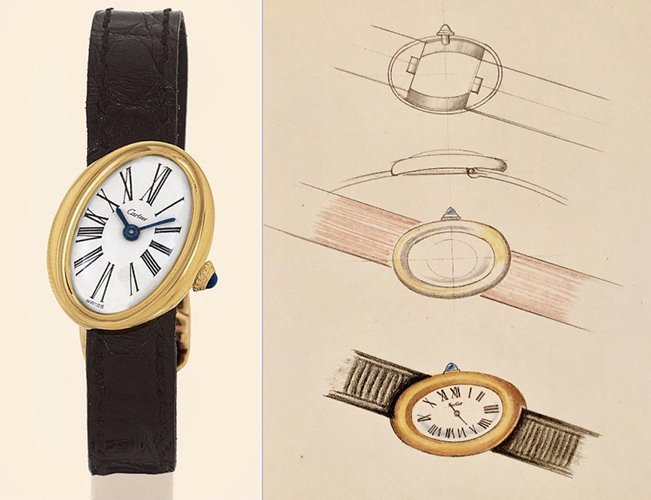 This Baignoire, the Oblique Driver, was manufactured in 1967 and, like the Maxi Oval, also sold through the Cartier London branch. It came with an absolutely stunning 18 carat yellow gold case that houses a Le Coultre Caliber 845. To our knowledge, only one was ever produced.

And now, the Clash de Cartier Baignoire Allongée. Released in 2019 as a part of the larger Clash collection, this modern piece is one of the most original and impressive models added into Cartier’s classic collection in decades.

There’s a duality here, a punk rock edge to this traditionally ultra smooth piece. In an era where slim cashmere joggers have replaced trousers for many young men and women, this oxymoron makes sense. It’s Cartier in its glory, reacting, in its own language, to the world around it.

A special thanks to John Golberger, Justin Gruenberg and Charlie Dunne for making this piece possible by providing us with valuable information and photos. (@goldberger, @justin.gruenberg, @books_on_time) 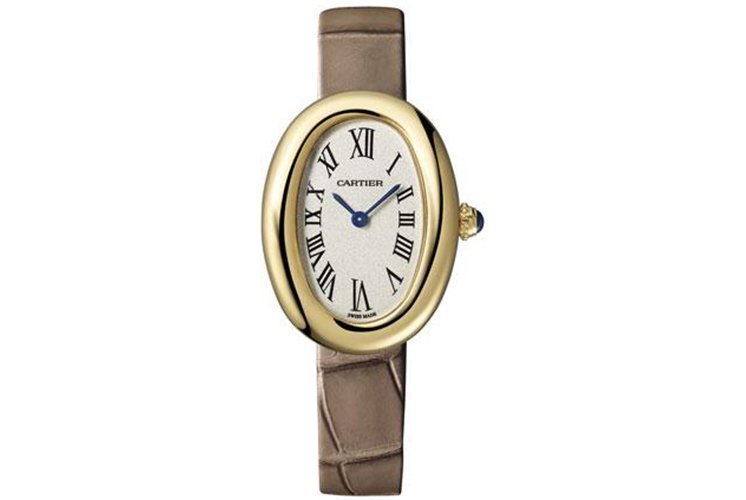 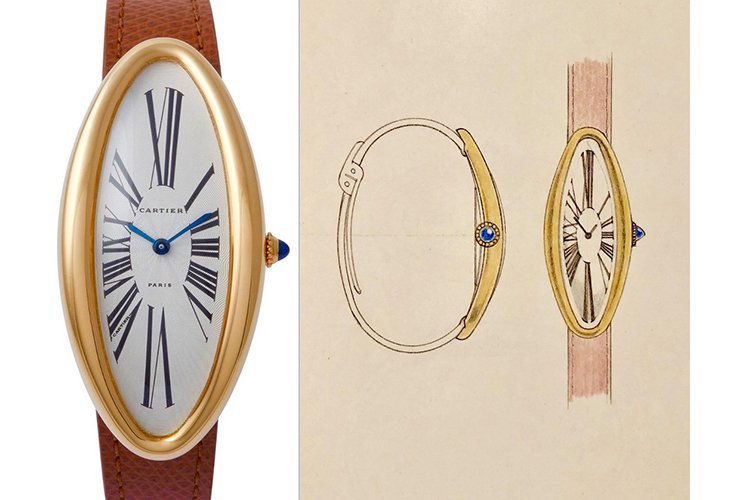 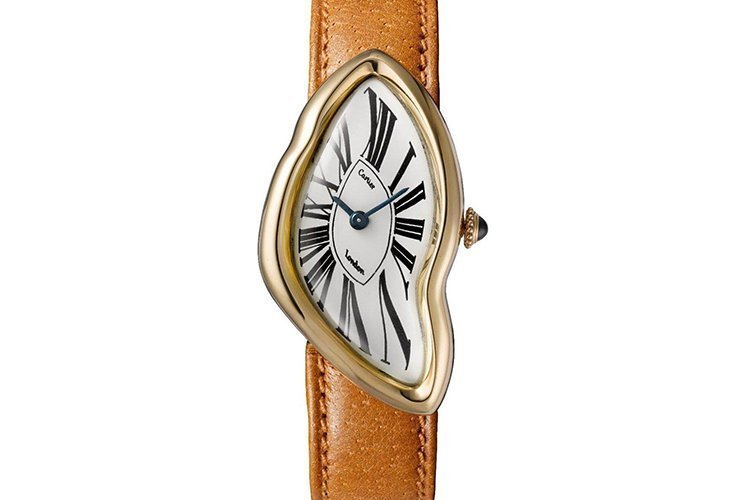 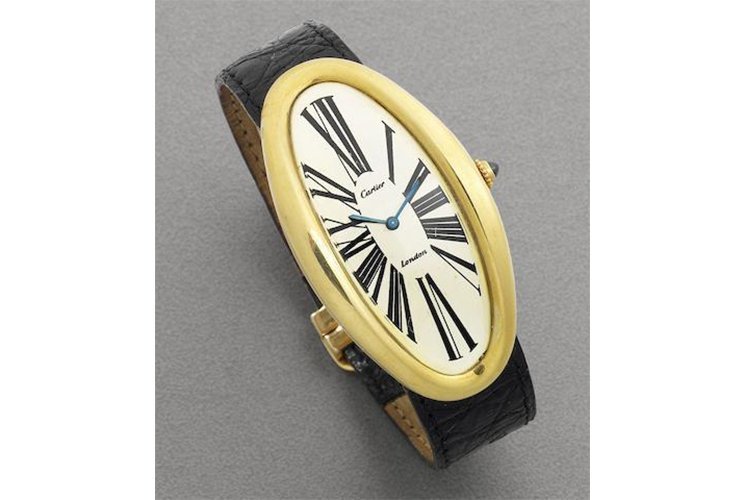 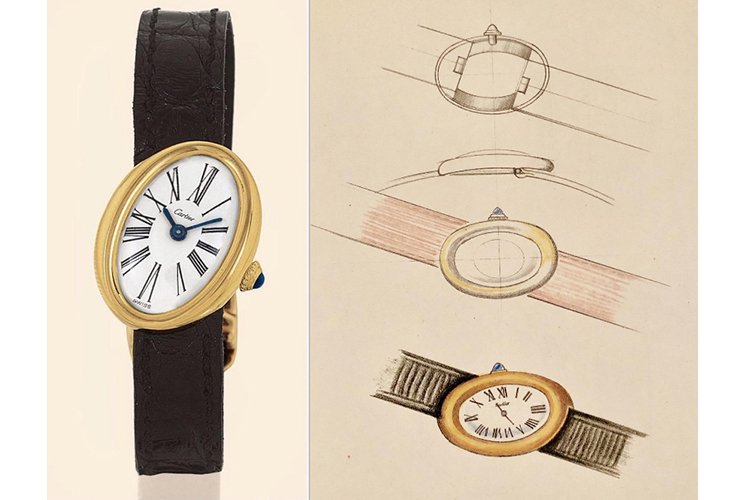 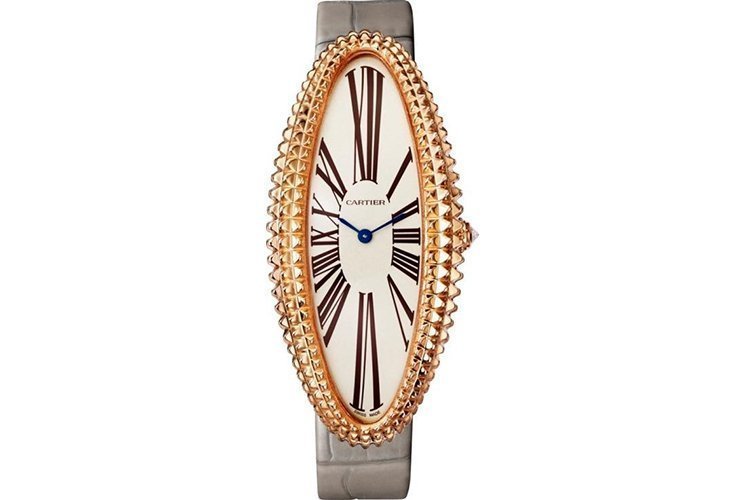 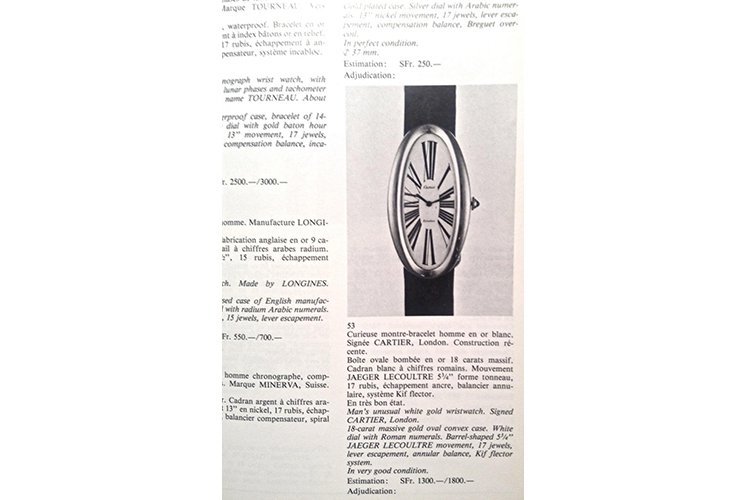 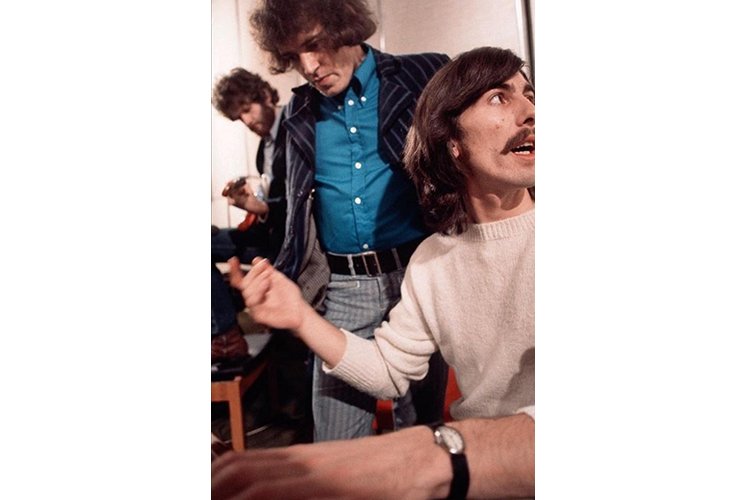 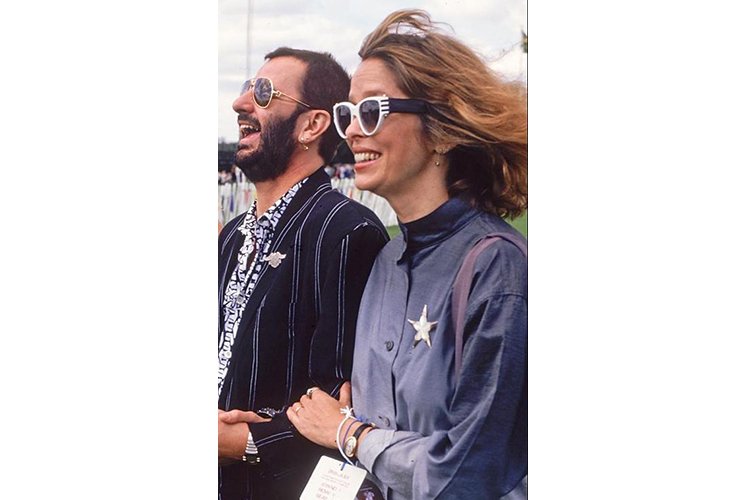